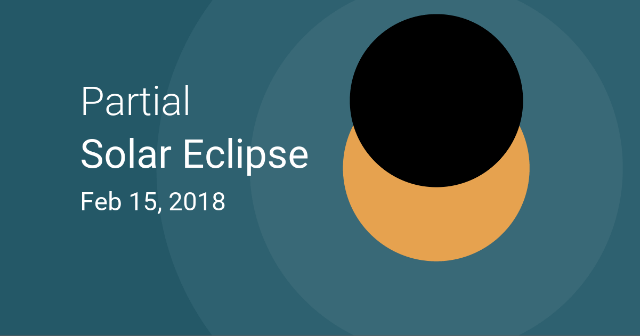 There are three solar eclipses this year. All of the solar eclipses are partial and their magnitude is much smaller than the August eclipse we saw last year. However the tango of Mars and Ketu in Capricorn in the summer months when Mars is mostly retrograde during the two eclipses, with the planets hemmed between the nodes in a Kala amrita yoga will create friction and there is a greater need for caution. Jupiter in Libra is blessing for Aries and Libra and to an extent to Aquarius and Gemini ascendants until it transits into Scorpio in October.

On 15th February, we will experience the first of the three partial solar eclipses due this year. It will be visible in Argentina and parts of Brazil, Uruguay, Paraguay, Chile and the Falklands at 20.51GMT. The eclipse will take place in Aquarius in the third pada of Dhanishta nakshatra. (2 degrees of Aquarius). This nakastra is lorded by the “Eight Vasus” who bestow fame and material wealth.

Both rajas guna planets Venus and Mercury are in Aquarius caught in the eclipse, showing desires will have to be kept in check. Jupiter is transiting Libra and has a Rasi aspect on Aquarius and that is a huge blessing. A lunar eclipse on the 31st of January has preceded the solar eclipse and this is not considered fortunate. Discord among couples are more likely.

People or countries with their natal Ascendant in Aquarius will have to allow for changes in their life to take place. If the natal Sun or Moon is in the asterism of Dhanishta in Aquarius, it is matter for concern of health or reputation.

Varahamihira in Brihat Samhita has said that if there is an Eclipse is in Aquarius – people of mountains and forests, bearers of burden, thieves, and barbarians are affected! Barbara (बर्बरा) is actually a Sanskrit word referring to Non-Aryans, curly haired or stammering people.

Table of Solar Eclipses for 2018

Looking further ahead, we will have two solar eclipses in July and August with a lunar eclipse in between on the 27th July. It will be a summer of discontent as Mars and Ketu are dancing tango in Capricorn. Mars enters Capricorn on the 2nd of May and has three conjunctions with Ketu before it leaves the sign on the 6th November. Both Mars and Ketu are ruled by the fire element. That is where their similarity ends. Mars in Capricorn is in a position of victory and courage and he wants to feel elated in this sign and forge ahead logically. However Ketu appears impulsive and works from knowledge of past and unknown realms. This frustrates Mars and actions become fiery, combustible leading to accidents, mistakes and violence. Mars will become retrograde in Capricorn from June 27th and will remain in that condition during the eclipses till end of August. The usual forward approach of Mars will be replaced by doubt, misplaced action or revenge.

Two of the three conjunctions are in Shravana nakshatra which is symbolised by “three steps” – the three steps to evolve. It represents our abilities to listen, reflect and follow. It will be of no surprise that the summer will be fraught with trust issues, gossip and inability to understand each other. Unfinished business from the last year will emerge as Sun will move forward into Cancer on the 17th July slipping back into the Kala Amrita Yoga that we got out off in January. 17th July is also the date when Mars and Ketu will meet the 2nd time in Shravana. Aries and Libra Ascendants will be protected by Jupiter.

The eclipse of 13th July is on a Friday and will happen four days before the second conjunction of a retrograde Mars and Ketu in the sign Gemini in Punarvasu on Tuesday! Ironically, Punarvasu means “let there be light again”. It shows the ability to bounce back and this energy comes from the deity Aditi. This eclipse is not be visible in most of inhabited parts of the world and remote parts of Antarctica, extreme south of Australia and Tasmania are affected. It is in the sign of Gemini and in a different sign from that of the nodes in the Cancer- Capricorn axis. Mercury the lord of Gemini is caught with Rahu the north node. Gemini is aspected by Saturn from Sagittarius which could bring troubles from famines, droughts and thieves but the aspect of Jupiter from Libra should help.

The lunar eclipse on the 27th July following the solar eclipse is considered fortunate as happiness can prevail.

Gemini is a human sign, royalty and genteel people will be affected. Artists and artistic activities could suffer. People with Ascendants in Gemini and Sun and Moon in Punarvasu should do appropriate remedies.

The eclipse of 11th August follows a fortnight after the lunar eclipse on the 27th July, which is unfortunate.It is visible closer to the north-pole in Greenland, Finland, Norway, Mongolia and northern parts of Russia and China.

Sun and Moon join Mercury and Rahu in Cancer opposed by a retrograde Mars and Ketu in Capricorn. The game is set for a tug of war with 6 planets in Cancer-Capricorn axis and the rest hemmed by a kala amrita yoga. The eclipse is in Ashlesha Nakshatra which is ruled by the serpent energies that is intense, hypnotic and secretive. The serpent is nothing but our desires we get bound by, we have to subjugate our lower desires to rise that is represented by the rising of kundalini energy from the lower to higher chakras. There are no saviours here as the benevolent aspect of Jupiter is not there on the eclipsed sign Cancer, and Venus the guru of the Asuras (dark forces) is debilitated in Virgo.

When the eclipse is in Cancer, there could be too much rain or uneven rainfall. When Mars aspects an eclipse one can expect war and risk from fire. People and countries with Cancer Ascendants should be prepared for ground breaking changes in their lives. Those with Moon and Sun in Ashlesha should be careful about their health and reputation and should do appropriate remedies. Business and social interaction of Capricorn Ascendants can be negatively affected.

The remedy is to worship the Sun by offering a prayer to “Father of the Universe” Or Shiva in Vedic lore. The teaching form of Shiva is Dakshinamurthy and all those with Ascendants or Sun and Moon in the eclipsed Nakshatra should worship him. Giving to charity on this day is also highly encouraged. Observe fasting at the time of eclipse so that the fire of stomach is not ruined! 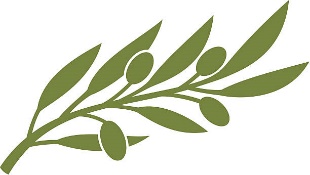