I was born and brought up in New Delhi, in a traditional South Indian family. I was highly curious about the world and travelled widely for the past 20 years both for professional and personal reasons. London has been my home for the past 15 years. I had a successful international career in investments in London and Hong Kong before giving it all up to pursue my calling to lead an authentic and purposeful life.
I became interested in Vedanta, the Science of Life, and have been a student of it since 1997, first under the tutelage of the Chinmaya Mission and since 2011 have been studying scriptures under the guidance of Swami Paramarthananda in Chennai, a direct disciple of Swami Dayananda Sarasvati of Arsha Vidya. The study of Gita has been the single most important positive influence in my life which has allowed me to understand and empower myself to seek true happiness and security. Exploring and understanding the theory of Karma and an interest in numbers led me to Vedic astrology. 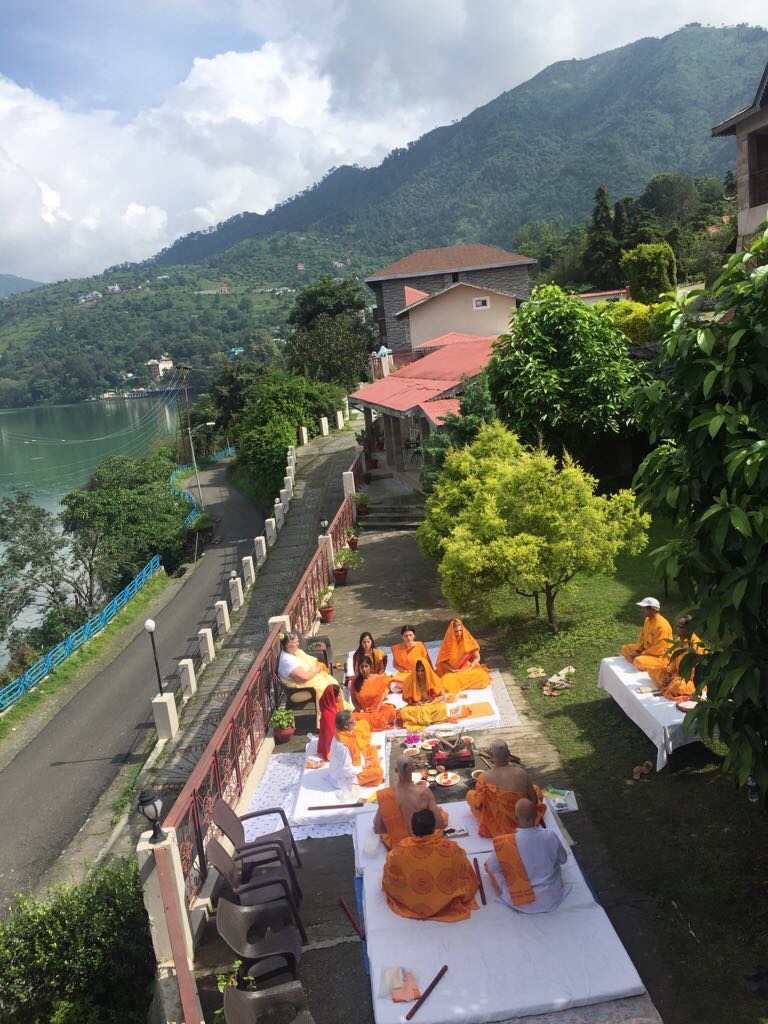 I joined the British Association of Vedic astrologers (BAVA) in 2003 to learn the basics of Vedic astrology. I met my Jyotish Guru Pandit Sanjay Rath in 2005 and then joined his study programs of Brihat Parasara Hora Sastra and Mantra Sastra subsequently in 2010 which is taught in a Gurukul (Guru-Sisya Parampara) like system in the Himalayas. This was somehow the turning point my life where I could conceive applying the teachings of Gita and actually live a life in harmony with the universe. I gave up my full time work and devoted myself to jyotish and vedantic studies. After qualifying as Parasara Scholar in 2016, I am doing jyotish consultations professionally.

I have been in the teaching faculty of BAVA since 2011 and have published articles in astrology magazines such as Gochara and Jyotish digest. I am currently enrolled under the Jaimini Scholar, Mantra Sastra and Shiva Maha Purana studies with Pandit Sanjay Rath to further enrich myself in the divine studies. I have also been studying Sanskrit at the Languages centre of SOAS University, London to improve my understanding of grammar and etymology of Sanskrit.

In this world, there is no treasure that one can give which can repay the debt a disciple owes his guru for having taught him no more than a single syllable. All Veda and Vedangas are learnt directly from a Guru and Guru-Sisya Parampara is most sacred. In Jyotish most lineages descend from Maharishi Parasara, the author of Brihat Parasara Hora Shastra, the compendium on Vedic Astrology

Pandit Sanjay Rath is my Jyotish Guru and he comes from a traditional family of astrologers from Bira Balabhadrapur Sasan village of Puri, Orissa, who trace their lineage back to Shri Achyuta Das (Sri Achyutananda). He studied under his uncle, late Pandit Kasinath Rath. His grandfather, the late Pandit Jagannath Rath, was the Jyotish Ratna of Orissa and authored many books on Jyotish.

Pandit Sanjay Rath has spearheaded dissemination of this traditional and sacred knowledge in a systematic and thorough manner throughout the globe with the help of his teaching institutions Devaguru Brhaspati Centre and Sri Jagannath center and has authored several books.