What is Vedic astrology? 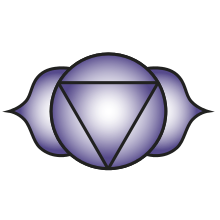 Vedic astrology or Jyotish originated from the Vedas and it is one of its six limbs. It is called the “eye” of the vedas as an eye can see objects from far without having to touch and feel them. Similarly the jyotish helps in seeing the position of planets and stars in time, in the past and the future.

Jyotish is as old as the Vedas and it is mentioned in the Vedas and many classical texts such as Vishnu and Shiva Purana as well as in Bhagvat Gita. They were conceived by the seers of Sanatana Dharma and have been transmitted orally for generations before they were written down. Thus, the accuracy of thesis of modern historians who have attempted to date Vedic astrology and the texts have to be taken with a large pinch of salt.

Ganita includes Gola and deals with mathematical calculations, casting of the horoscope, calendars, planetary movements, calculation of eclipses and aspects of spherical geometry.

Samhita deals with varying fortunes of groups of people, nations, products, weather forecasting, and nature of meteors, comets and other astral phenomena.

To understand Jyotish one must understand the Karma theory which is based on Samkhya and the Mimamsas schools of philosophy. The most simplistic definition of Karma theory is “as you sow, shall you reap”. This means that for every action we do, there must be an equal and opposite action which may not necessarily have a linear effect. Also there may be a time lag, as results of our actions don’t have to be felt be in one life time.

On our death we are relieved of our outer physical body, however our mental and emotional make-up including the mind, memories, experiences and habits travels with the individual soul to the next destination to be exhausted and experienced in the next life. The general idea is to gain liberation by exhausting all the limiting patterns imposed on ourselves by working towards goals suited for our mental make-up.

Jyotish helps us in identifying our mental-emotional states and also the resources we have at our disposal. Likened to a horse contained in a paddock, it helps us to see the nature and flexibility to move in the paddock, our free will or lack of it.

A horoscope or a Vedic chart, is nothing but a picture of the sky at the time one is born. The Ascendant is the constellation of stars appearing on the eastern horizon at the very instant of your birth. The Zodiac is the sky divided into 12 portions or signs. Each sign is a collection of stars and also represents a house, or an aspect of a person.

The planets are called “Graha” in Sanskrit meaning to seize or grasp. The Seers who were divine and could go beyond the time and space of our worlds could see the manner in which the position of planets influenced or grasped the bodies in the lower worlds affecting mental, emotional and physicality of beings. They inferred that the positions of five planets, Mercury, Venus, Mars, Jupiter and Saturn, the Sun and Moon and the two nodes of the Moon at the time of our birth, represented by a Vedic chart shows our total karmic balances, subconscious patterns and the experience we are likely to have in this birth. These were codified as Samhitas and Sutras which every Jyotisha must have studied with a competent Guru.

I want to summarise by quoting a verse from Chapter 13 of Bhagvat Gita, the divine song, where the light is likened to the ultimate consciousness that illumines all from within us. Thus, as we become aware of our own inner state we are able to know ourselves and to be able to help ourselves to achieve our full potential and that is the objective of Jyotish.

That is the light even amongst all the lights, is said to be beyond darkness. It is knowledge; that which is to be known, and the goal of knowledge. It is seated in the hearts of all.