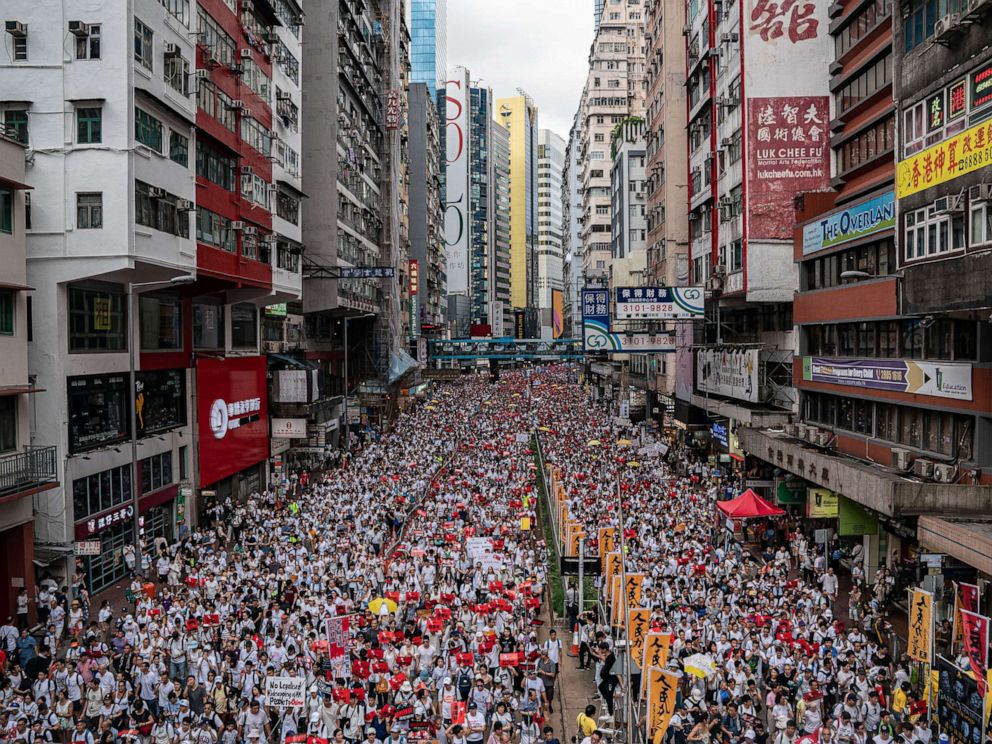 The past few days Hong Kong has been in the news for its youth taking to the streets against a bill that the government wants to pass into legislation to extradite criminals to China. The people of Hong Kong fear this is just a pretext so that the People’s Republic of China can get lawful access to political opponents and dissenters from Hong Kong on trumped up charges. It is feared that this will impinge on the civic rights and liberties of people guaranteed until the year 2047 under the “one country, two systems” framework agreed at the handover of Hong Kong to China in 1997.

There was further news of violence on by the police on Wednesday on the young protesters. Tear gas was used indiscriminately and the protesters were shot with rubber pellets. Events on earth are just reflecting the patters in the sky. Rahu the shadow planet is closing in on Mars with Mercury close behind. Mars is the army and police and Mercury are the young protesters. Friday will be a tense day with all three planets Rahu, Mars and Mercury in close conjunction in the asterism of Punarvasu, that is the natural naidhana tara (the 7th star in the list of 27). On Sunday 16th June the atmosphere should get more dangerous as Sun moves into the same sign Gemini and will be in Gandanta position (the first degree of the sign). The combination of Sun and Rahu is just warming for the total solar eclipse on July 2nd (3rd for Hong Kong). The collateral damage will be suffered by Mercury and its
significations – youth, commerce and trade.

The point to note is the eclipse is in the asterism of Ardra in 15°34 of Gemini and Hong Kong has its natal Sun in the same degree 15°4 in Gemini. Please refer to my earlier note of December 2018 on the forthcoming eclipses of 2019 and table for countries and people potentially affected by the eclipse – https://vijayajyoti.com/up-in-the-air-the-solar-eclipses-of-2019/#more-770. When an eclipse occurs in the same sign as the natal Sun and in the same asterism there will be some marked changes in direction or threat to life, in this case to the city and its people. Jupiter does not aspect the eclipsed sign, there is no saviour.

So will Carrie Lam, the Chief Executive of Hong Kong be able to pass the extradition bill?

The peak eclipse is at the early hours of July 3rd at 3.24 am in Hong Kong (8hrs from GMT) before sunrise. According to the teachings of my Jyotish Guru Pandit Sanjay Rath, a division of the night of the eclipse into 7 parts (belonging to 7 planets) will indicate the class of people, places and things that will be affected.

The portions of time ruled by planets at the start of the eclipse will suffer and the planet that holds the hour when the peak eclipse is hit the worst. The planets holding the hours after the eclipse will benefit. The eclipse starts with affecting Jupiter and Mars and hitting Mercury, with only the Sun benefitting.

If Mercury is hit by the eclipse then as per Varahamihira in Brihat Samhita “artisans, artists, service people, foreign visitors, dignitaries and ministers will be suffer” Mercury can also represent students, youth, commerce and trade and friends of Hong Kong. When Jupiter suffers, priests, religion and righteousness will suffer. The general rule of law is going to be compromised. Mars represents the warriors and army chiefs and if they are going to suffer indicating considerable force is likely to be used on the protestors and likelihood of further serious clashes.

There is only one beneficiary the Sun, represented by head of the state. Varahamihira also includes the middle portion of the country, this could mean the People’s Republic of China. However the immediate government of Hong Kong represented by the CEO Carrie Lam should be able to push through the legislation.

That said Sun is a deva (divine) amsa in the natal horoscope of Hong Kong. I don’t think it is deliberately intended to defraud its people, however Sun is placed in the 4th house with no directional strength, therefore the person in power in a position to make costly mistakes. 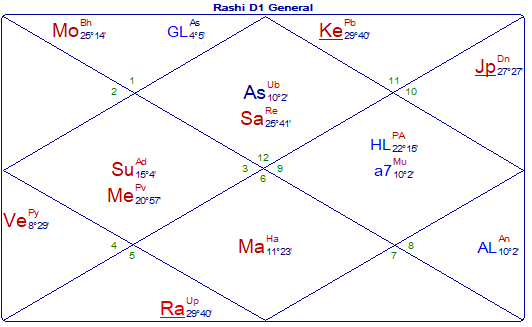 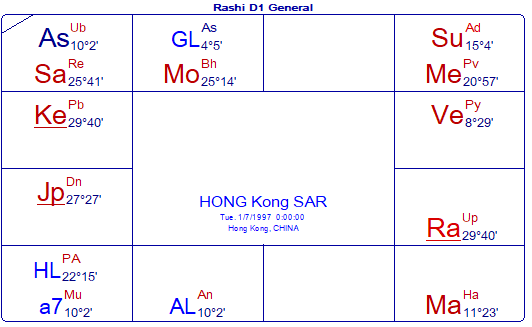 One Reply to “Hong Kong Protests and Eclipse update”