Whither Prince William and Harry? A look at the Drekkana chart (D3) – Sibling Relationship 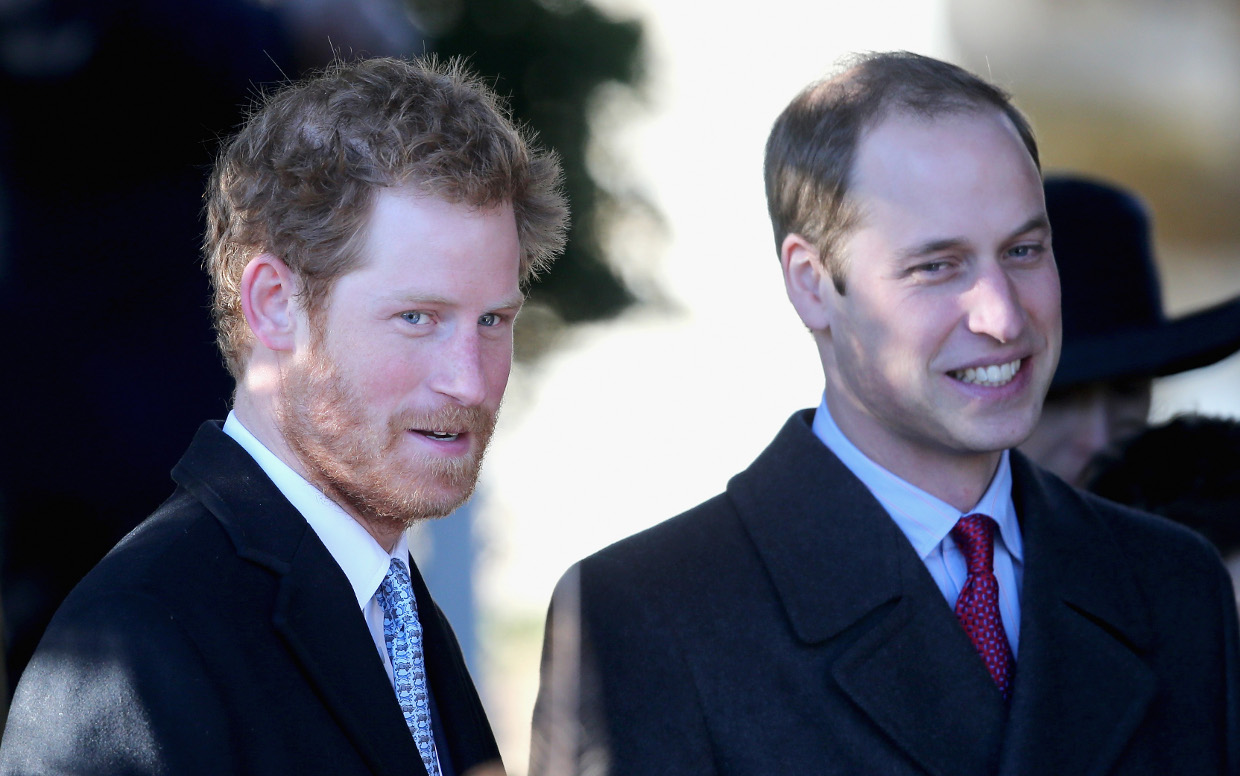 It’s been a tough year for the Royal family. Prince Andrew has been recently retired from official duties after his involvement in the Jeffery Epstein scandal, now there is the drama of Harry-Meghan voluntarily wanting out of official responsibilities. I personally don’t have a lot of emotion invested in this drama or hold deep opinions on this matter. Nevertheless, what piqued my interest was an article In the Times publication that Prince William had been bullying Prince Harry. That was a bit of a surprise as the brothers have been always regarded as very close after the tragic death of their mother Princess Diana. I thought I would take a quick look at the Parasara drekkana chart of these two Princes as they might indicate the truth in the relationship between the siblings.

I always look at eclipses first as they naturally kick-start issues that are lurking in the shadows. When a solar eclipse hits the natal Sun, Moon or the Ascendant in a horoscope, there are huge changes that one may have to make in life. When it hits the natal moon, health issues (both mental and physical) could arise and if the eclipse is in the sign of the natal Sun, it is a matter of reputation. I always write about the eclipses at the beginning of the year and listing the personalities that the eclipses are likely to have an impact on https://vijayajyoti.com/up-in-the-air-the-solar-eclipses-of-2019/.

In the year 2019 we had three solar eclipses. Two of them were in Sagittarius, a partial one in Purvashada in January and a total eclipse in Mula in December. The Queen, Prince William and Harry all have their ascendants in Sagittarius calculated as per Sidereal calendar. I was looking for some announcements from the Royal family as three members made an appearance on the listings. The solar eclipse in July 2019 was in Ardra nakshatra in Gemini which is the natal nakshatra of the Prince William, indicating emotional issues could emerge for him. Prince William was also born on Solar eclipse day. 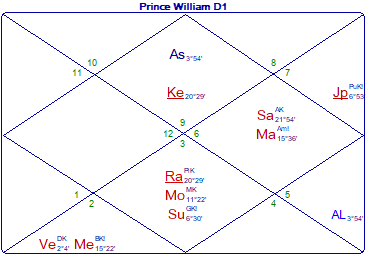 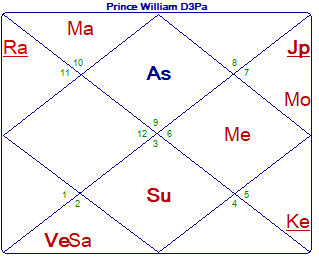 The above is the natal chart of Prince William and the drekkana. 3rd house is for siblings and the 3rd Lord of the natal chart (D1) is Saturn and the significator of the relationship with a sibling.Saturn in D1 is placed in an unfortunate Yama Yoga with Mars. This is not favourable to the ninth house or father. There could be differences of opinion between Prince William and Prince Charles especially after the age of 36, when Saturn matures. Rahu is the co-lord of third house and is s exalted showing high ideals but involved in eclipsing the Sun. Prince William was born on an eclipse day.

In the D3 Chart (sibling chart) Saturn is in Taurus in the 6th house with Venus. Counting straight from the ascendant we look at the 3rd house Aquarius for the immediate younger sibling and the lord is Saturn. Taurus will signify his brother Harry. Counting in reverse using Rahu as 3rd lord of D1 will ultimately lead to Taurus. The placement of Saturn, the significator in the 6th house is not very good and shows enmity from a previous life.Conjunction with Venus is also not fortunate as it is a natural enemy of Mars, the natural significator of siblings. Venus is the Dara Karaka and can indicate issues surrounding women or wealth. Prince Harry’s moon sign is Aries and it is in the debilitation sign of Saturn, the significator of the relationship, showing Harry as weaker or getting debilitated in the company of Prince William. This does not bode well for Prince Harry. Mars, the natural significator of a younger brother is exalted in the 2nd house indicating the younger brother is actually physically strong and his relationship with the elder one may have thrived in childhood. 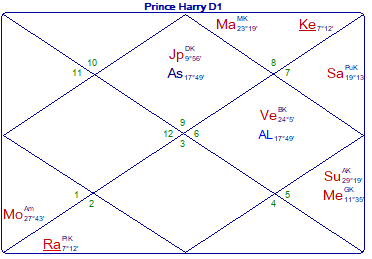 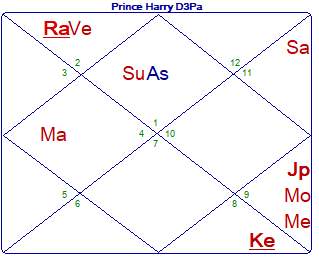 The 3rd Lord of D1 of Prince Harry is also Saturn and is exalted in D1, indicating high ideals as far as siblings is concerned. Jupiter, the natural karaka for elder brother is in Hamsa Yoga in Lagna. The 11th lord can show an elder brother and Venus is debilitated but gets a cancellation from Jupiter.

Saturn, the indicator of the relationship between the siblings is placed in Aquarius in D3. We go in the reverse and we look for the elder sibling in the 3rd house of Gemini. The Lord Mercury is in the 9th house with Jupiter and Moon. 9th house stands for higher learning, teacher and righteousness and Prince Harry looks up to Prince William for approval. Prince William’s Moon sign is in Gemini which is 7th from where Mercury is, therefore they can be quarrelling. The Ascendant Lord of D3 is in the 4th indicating that Harry will always protect his brother. Naturally, Prince Harry came out with a statement immediately denying the claims of the damning article in Times about being bullied by his brother.

To conclude, there could be some truth in that article published in the Times. The fraternal show of unity is just a show and there’s more to it than meets the eye.