Solar Eclipse and the fate of Egypt

The unrest in North Africa seems to be triggered by the partial solar eclipse that took place on Jan 4th of this year in Sagittarius Rasi and in Purvashada Nakshatra. The path of the eclipse from the NASA website is reproduced below. 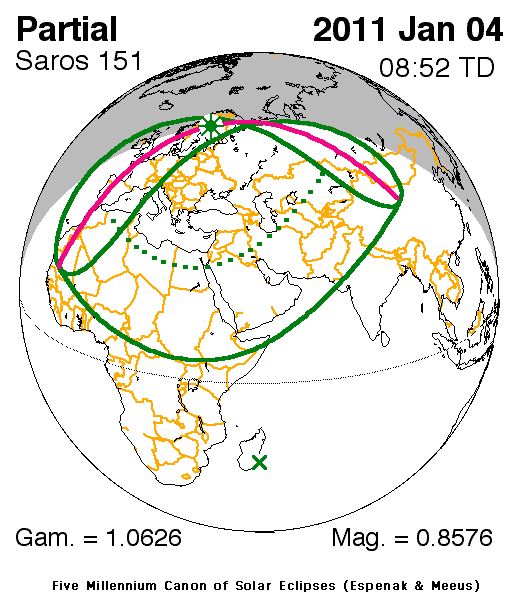 Egypt is interesting as it as important ally of the West in the Middle East who is seen as reformist and liberal. The ousted president Hosni Mubarak has been ruling for almost 30 years. Every president of Egypt has been an ex-military man wearing the civilian garb to rule and hence blessed by the strong military. However, the past years Mubarak has promoted his civilian investment banker son, Gamal Mubarak as the heir apparent perhaps, against the interests of military.

Who holds the key to power? 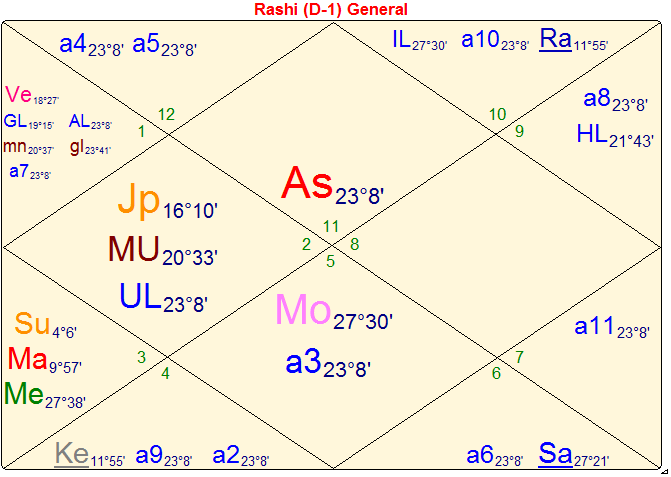 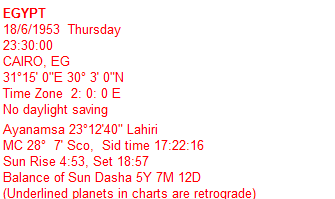 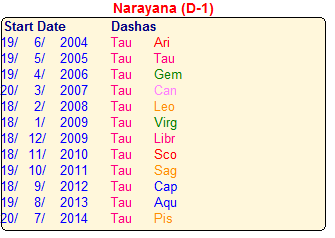 We can see the 10th house is Scorpio Rasi (secret service) ruled by Mars who is along with the Sun(ruler) and Mercury (heir apparent) in the 5th house of power. Note that both Arudha and Ghatika lagna is in Aries and in the 3rd house signifying power in the hands of army.

The lagna lord is either Saturn or Rahu. Retrograde Saturn is in the 8th house promising transformation though they have to try at least 3 times to succeed!

As per the Narayana Dasha, Egypt is running Taurus Mahadasha from the year 2004. This is the year Gamal Mubarak (heir apparent) started cleaning up the banking systems and introducing reforms regarding banking and treasury to bring deficits under control. Note that Jupiter, the lord of 11th and 2nd house of the natal chart is well placed in the 4th. The country prospered and until this revolt, their financial situation was excellent.

So what changed the prospects of Egypt?

Let’s look at the effect of the partial solar eclipse that peaked at 8.31hrs UT in Cairo, which corresponds to local time 10.31hrs. 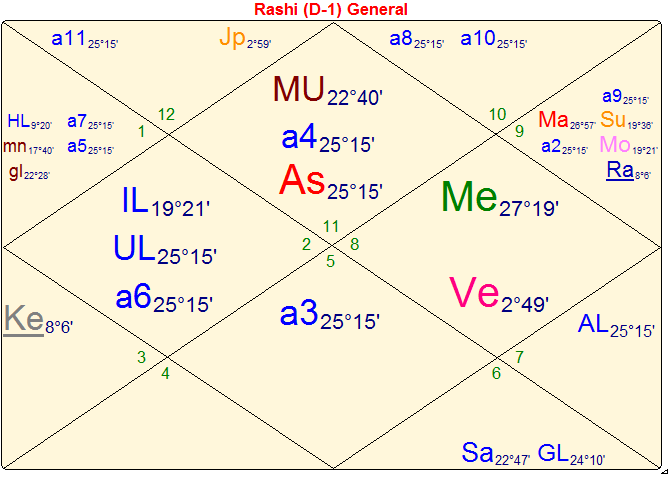 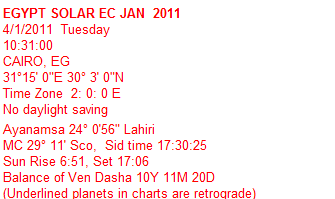 The eclipse lagna is the first house of the natal chart, which means bad results for the country. No planets are in marana karana sthana and there are no benefics in the trines. Eclipse is in the 11th house from lagna which stands for prosperity and wealth.

The eclipsed house aspects the 2 , 5 and 8th house by rasi drishti showing that finances, power and longevity of the regime may be threatened within six months to a year…. It only took 3 weeks for the problems to start.

Lagna lord is either Rahu or Saturn. Rahu though debilitated and is eclipsing the Sun the ruler, and has three other planets conjoining him, so stronger than Saturn which is by itself. The war between the establishment and masses is shown by the mutual aspect of Jupiter and Saturn on each other, the eclipsed house (housing the Sun) and the Kingdom, i.e. 10th house.

One should say that Sun is well placed in Sagittarius with Mars who is going into its exaltation. Jupiter, the lord of the eclipsed house is in own sign in the 2nd house protecting it from the eclipse and is also aspecting the eclipsed house by rasi drishti and the 10th house, i.e. kingdom by graha drishti.

So one might say, that ruler is protected by the military looking at the position of Sun and Mars or that it’s more likely that there will use of power to suppress the uprising.

To further analyse let us look at the eclipse timing.

The rule is that, the planet that rules the hora of peak of the eclipse is totally killed, which is Mercury. This could represent the prince in waiting, i.e. Gamal Mubarak, the economy, the merchant class and foreign tourists.

Sun is not affected and actually benefits along with Moon and Venus representing the women and underprivileged, and finally Saturn the masses. Maybe there will be some reforms and concession given by the one who takes control.

The losers are Jupiter representing the establishment and the priests, Mars, the army or their friends and finally the one that will take the most hit are those that will represented by Mercury (AK) – the merchant class, foreign tourists and ministers.

One should have also concluded that Mubarak should not have gone and would have relied on Mars, the military to hold power. As to why this did not happen, there are more clues when one looks at the ChaitraSshukla Pratipadha chart and the tithi pravesha chart.

The Chaitra Shukla Pratipadha (new moon of the month of Chaitra) chart tells a different story. 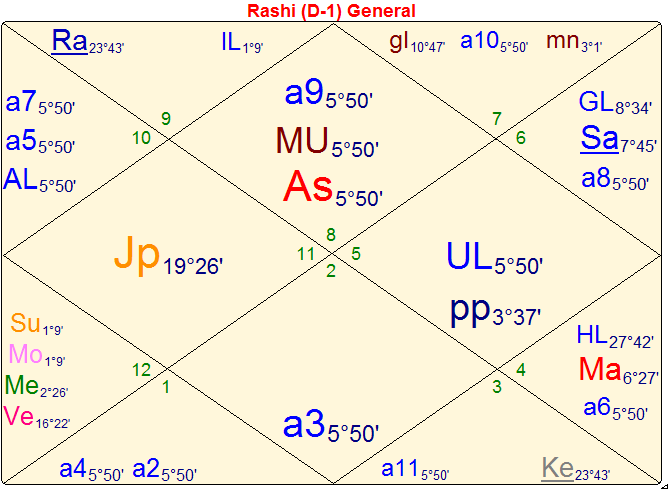 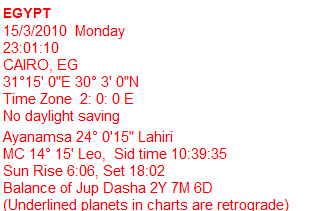 Scorpio Lagna shows possibility of transformation. An interesting point is that this new moon in Purva Bhadrapada happens to be the lagna nakshatra of the natal chart. Lagna lord, Mars is in the 9th house in the badhaka sthana showing fortunes of country will face major obstacles. The badhaka lord is a dark moon is also the Varesa signifying struggle. The Varesa is placed in the 5th house with three other planets jostling for power and a retrograde Saturn is taking more interest in the 5th house from the sign opposite. The fifth house will be destroyed as there are more than 4 planets in that house. Sun, the natural karaka for the ruler is placed 8th from the 10th house, showing retirement. 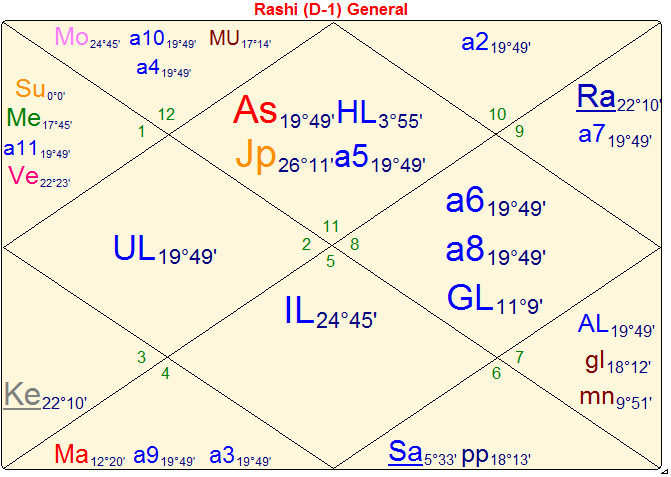 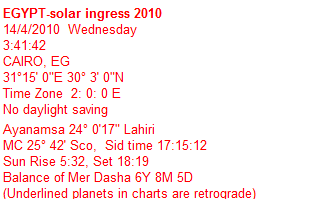 The Varesa of the solar ingress in to Aries in 2010 will show who will implement the strategies of the kind. Mars is the Varesa, however is in the 6th house of enemy and is debilitated.

Finally, the Tithi Pravesha chart also shows the power struggle with Jupiter and Saturn in opposition in the 5/11 axis. The lagna lord is again Mars, is in the 10th house in Magha nakshtra eyeing the throne. The presence of Moon in the 10th in Uttaraphalguni nakshatra (ruled by the sun) shows that the public

will take interest in the affairs of governance and king. The Varesa, Venus is again in the badhaka house. Sun, signifying the ruler has gone to eighth house highlighting a regime change or renunciation. Again, Mercury is in marana arana sthana in the 7th house showing the demise of fortunes of Gamal Mubarak and the economy. 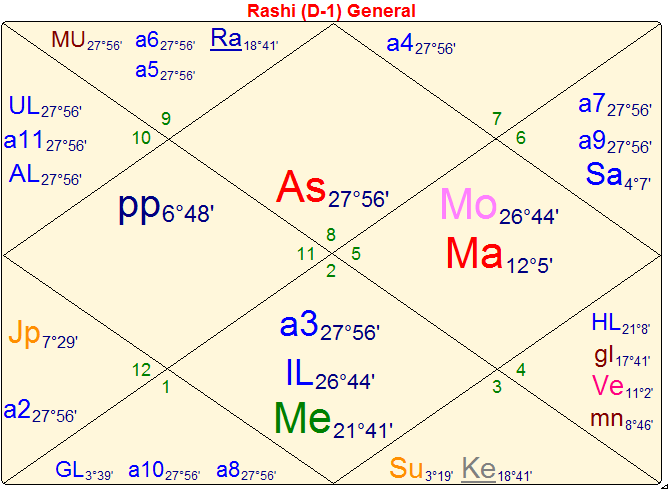 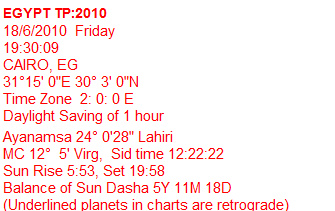 Anyone thinking that there has been a regime change is sadly mistaken. The ruler has been replaced, but the regime that was in power is still holding it. To establish real democracy, the masses will have to rise again, probably at the time of elections in September. As implied by the hora analysis of the eclipse, several ministers will go and eventually the military will give way to establishing democracy which may take a long time.

Egypt has just started running Saturn maha dasha (Vimshottari) from 31/1/2010 which will continue for 19 years until 2029. The battle will intensify when Saturn gains strength when goes into exaltation in Libra from November 2011 and Jupiter will be in Aries in opposition.

A quick look at the Chaitra Shukla Pratipada for 2011 highlights the nature of challenge coming ahead. Five planets are in the 8th house threatening the longevity with Saturn in opposition from the 2nd. Rahu is in the 5th or influence of a foreign power is likely and Venus (10th lord) in the 7th house of relations. The varesa Sun is the 8th, showing it is unlikely that someone can hold power easily. 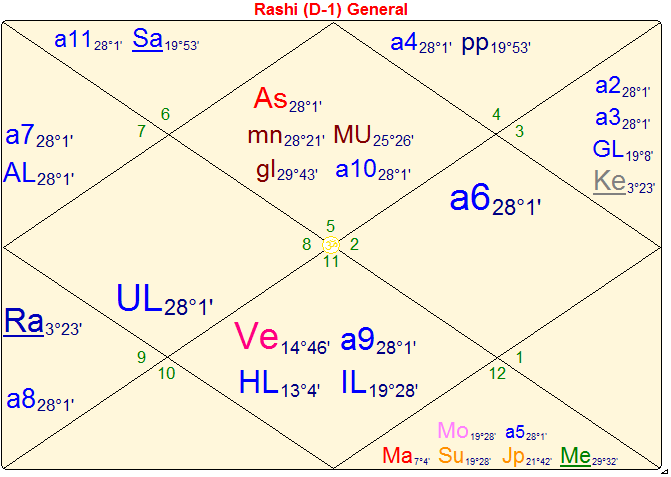 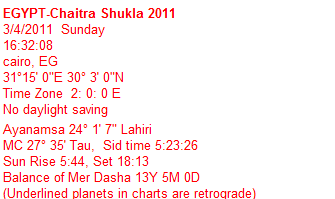 The compressed Vimshottari Dasha for the next 12 months shows that at that time of elections they should running Moon Dasha, 12th lord and in the 8th house. An easy resolution is unlikely.